AND TAKE NOTICE that any person or public body may appeal to the Ontario Land Tribunal (the Tribunal) in respect of the By-law by filing with the Clerk of The Corporation of the Township of North Dundas not later than the 20th day of June 2022, a notice of appeal, setting out the reasons in support of the appeal, accompanied by the fee prescribed under the Ontario Land Tribunal Act ($1,100.00 payable to the Minister of Finance).

An explanation of the purpose and effect of the By-law, describing the lands to which the By-law applied is shown below. The complete By-law is available for inspection during normal office hours at the Township office located at 636 St. Lawrence Street in Winchester

Dated at the Township of North Dundas this 1st of June, 2022.

Purpose and Effect of the By-law

The lands affected by this amendment are described as Part of Lots 76 and 77 on Plan 34, Part 2 N/S Dufferin on Registered Plan 8R2689 former Village of Winchester, now the Township of North Dundas, County of Dundas.

If the proposed by law amendment is adopted, the subject land will be zoned to permit a parking lot with a one (1) metre landscaped buffer on the subject property in addition to the permitted uses in the “Residential Type Three” zone.

The property/land to which the proposed Zoning Bylaw amendment applies is subject of another application under Section 41 of the Planning Act. 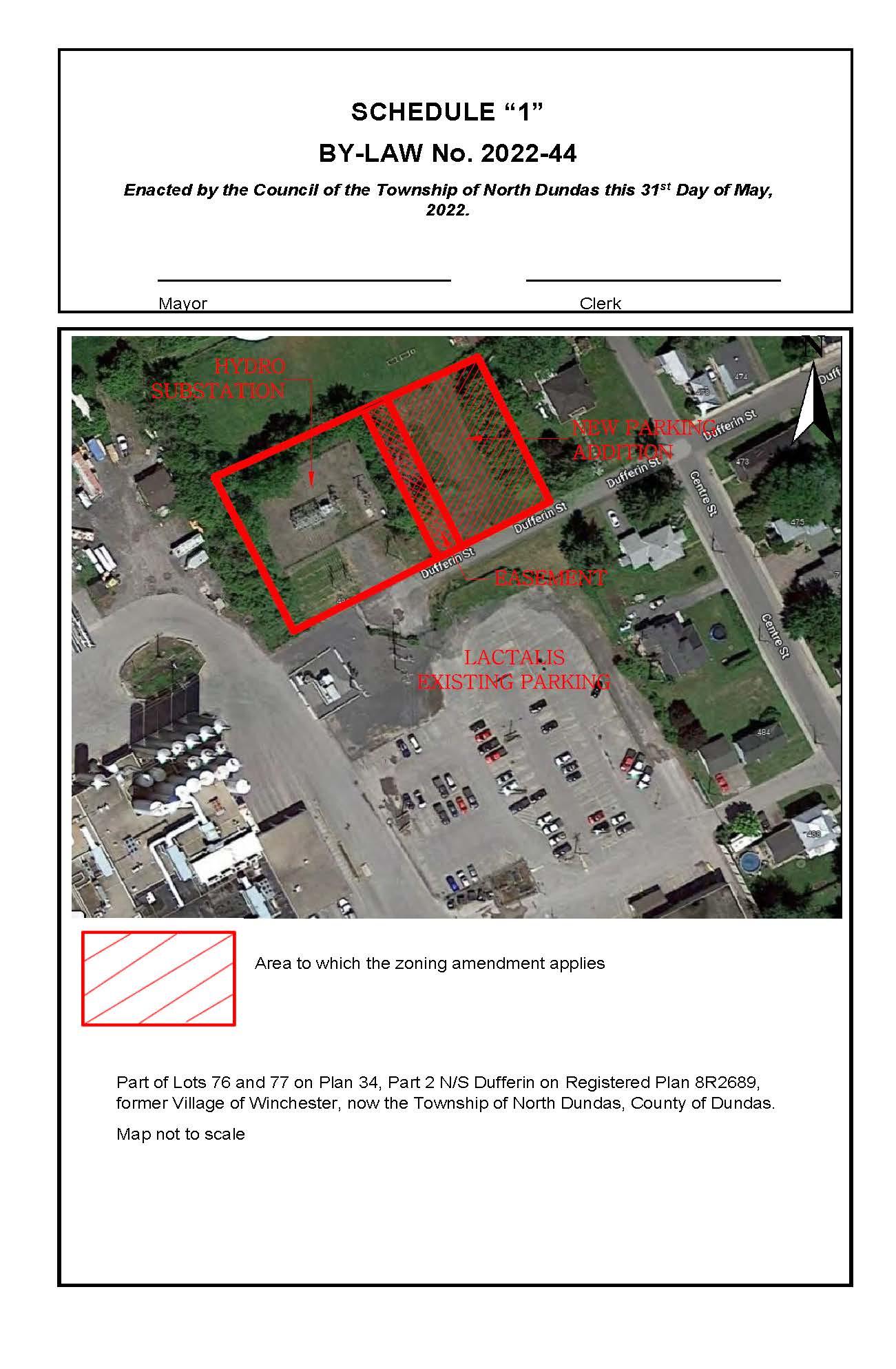 Schedule "1" Bylaw 2022-44 Map of area to which the zoning amendment applies, specifically Part of Lots 76 and 77 on Plan 34, Part 2 N/S Dufferin on Registered Plan 8R2689, former Village of Winchester, now the Township of North Dundas, County of Dundas.