AND TAKE NOTICE that any person or public body may appeal to the Ontario Land Tribunal (the Tribunal) in respect of the By-law by filing with the Clerk of The Corporation of the Township of North Dundas not later than the 6th day of June, 2022 a notice of appeal, setting out the reasons in support of the appeal, accompanied by the fee prescribed under the Ontario Land Tribunal Act ($1,100.00 payable to the Minister of Finance).

An explanation of the purpose and effect of the By-law, describing the lands to which the By-law applied is shown below. The complete By-law is available for inspection during normal office hours at the Township office located at 636 St. Lawrence Street in Winchester.

Dated at the Township of North Dundas this 17th day of May, 2022

EXPLANATORY NOTE
Purpose and Effect of the By-law
The Township of North Dundas has received an application to amend the former Township of Winchester Bylaw No. 12-93 to amend the holding symbol on the subject property, currently zoned Residential Second Density, Exemption Five, Holding One (R2-5h1) to permit the construction of 40 model homes in the second phase of the development.

If the proposed by law amendment is adopted, the subject land’s holding will be amended to permit up to 40 model homes, which will not be granted occupancy permits until the existing holding symbol is removed by Township Council.

The property/land to which the proposed Zoning Bylaw amendment applies is not subject of another application under the Planning Act. 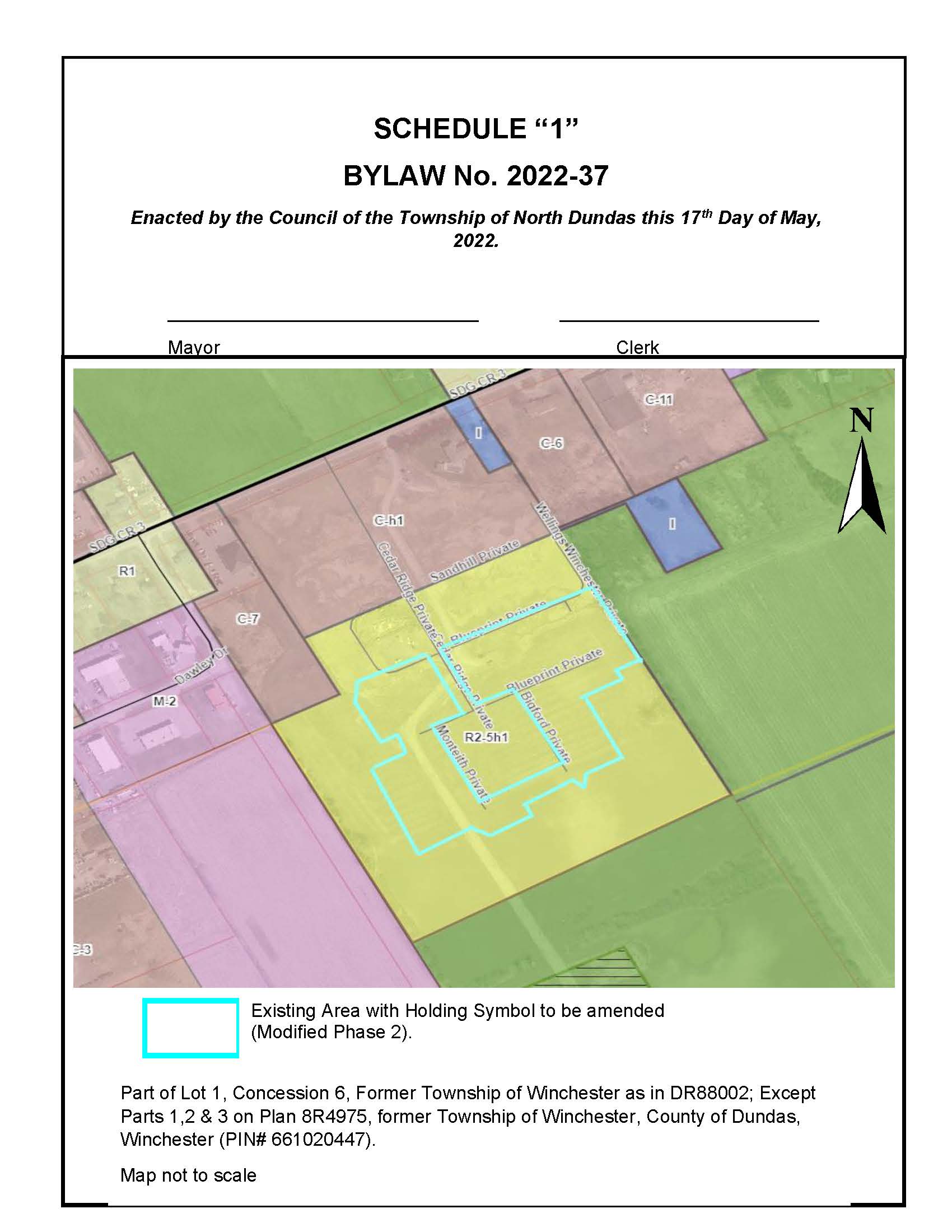